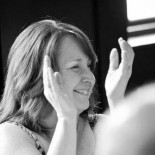 As I waved my daughter off for France on the first leg of her month long inter-railing tour of continental Europe I was overcome by thoughts of another mother and child. Another journey.

Seventy-two years before, almost to the day, my uncle was waiting to depart on a very different European excursion.

I realised the parental anxiety over a now adult child’s journey that I was feeling must be nothing compared to what my grandmother felt when she realised her first born was among the thousands enduring the Normandy onslaught.

Or the pain which followed when she learned he was wounded and, briefly, missing in France.

As my daughter excitedly chatted about the first few days of her itinerary, and promised to update us on plans, I was suddenly struck by how much we, as a community, could lose this summer.

Her comfort with, and access to the currency, transport systems, and health systems which hopefully they won’t need are in stark contrast to the ‘Brexit’ rhetoric we hear daily..

Here were young people who would find it incomprehensible, if we were to cut ourselves, and generations to come, off from our European partners and a relationship which has changed the dynamic of our continent.
My daughter and her friends have already visited Thiepval, the Normandy beaches, a concentration camp.

They have studied that period of European History which is about to pass from living memory, and regard it as their own, as Europeans.

When they talk of either World War what I hear is not blame or criticism of other nations but a recognition that, as a continent, we screwed up.

And they do not talk in terms of former enemies and allies, but of neighbours, fellow Europeans with whom we are building a common, and better, future.

France, Germany and Italy can be as familiar and accessible to all of us as the Highlands or the South of England.

After this trip one of the group will be studying in Germany for a year as part of a European programme, while the planning for this month included potential stops with an old school friend in Spain and a return to Lyon to revisit chums from a student exchange.

That, for me, is the foundation and raisin d’etre for European integration.

Yes our jobs and trade are protected, and enabled, by membership.

Yes, we have a larger voice on the world stage by virtue of our place in this largest of trading partnership..

And yes we have the common security from external threat that co-operation bring us.

But more than any of those we have a means to protect our children and grandchildren from the fear and conflict which stalked our grandparents.

As I waved her off I thought how relieved her great- grandmother would have been that her generation had found a better way.

4 comments on “A European journey”